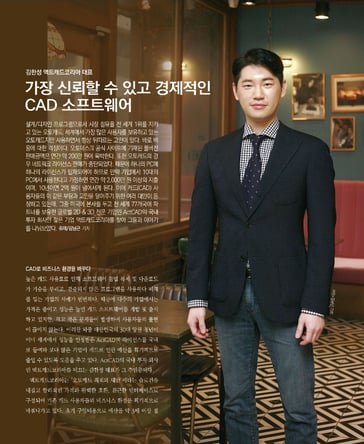 Kim stated that the biggest advantage of ActCAD is its economical price, but that doesn't mean performance falls behind. He supports the claim with the fact that ActCAD won first place in the "CAD Program Joint Purchase Vote" held by Naver Cafe (Korea's popular search engine). ActCAD is used by ALLCNC (based on manufacturing), which boasts the largest number of members in Korea. ActCAD Korea has proved that programs with poor performance are not packaged under the name of cost-effectiveness. It is ActCAD that has caught both excellent performance and an economical price.

"We believe that ActCAD will give consumers a choice in the de facto monopoly market and help suppliers create a better solution development ecosystem through sound competition," said David Kim, CEO of ActCAD Korea. "In other words, we expect synergies between suppliers and consumers in the form of a win-win."

ActCAD is built on the IntelliCAD engine. To learn how ActCAD and IntelliCAD work together, see the success story.