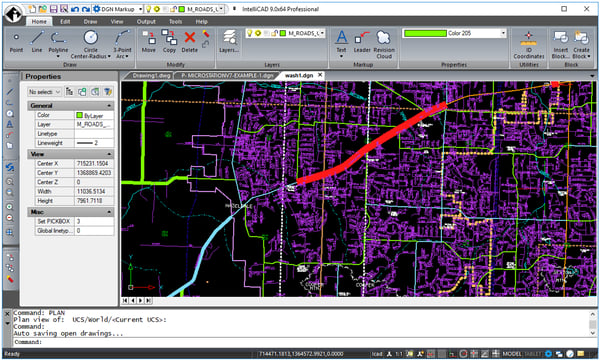 Who would have guessed that IntelliCAD — first released as an Autodesk® AutoCAD® clone twenty years ago by Visio Corp. — would some day support .dgn editing? Probably no one.

At IntelliCAD World 2018 in Prague this week we got an update on the ITC's DGN initiative.

The goal is to open and edit .dwg and .dgn files using one application: IntelliCAD.

A choice in .dgn editors is exactly in line with IntelliCAD's roots as a choice in .dwg editors. Not only that, but soon users will be able to use one application and choose their file format according to their needs. More choice.

Here's the current status for working with .dgn files:

For more details about the ITC and DGN: