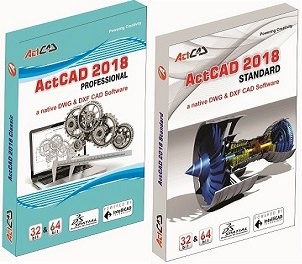 Just two weeks after the ITC released IntelliCAD 8.4, ActCAD LLC incorporated it into the ActCAD 2018 product line. ActCAD 2018 (version 8.4.210) is now available for all versions: Professional and Standard, and 64-bit and 32-bit.

For more details, see the ActCAD blog and the ActCAD 8.4 features page.

CAD software designed specifically for architects, AcceliARCH 2018 is the latest release of AcceliARCH that is compatible with Autodesk® AutoCAD® 2018.

AcceliARCH 2018 covers the full range of features required by architects, from basic elements such as walls, windows, doors, roofs, and stairways to records, schedules and reports.

MicroSurvey CAD 2017 is powered by the IntelliCAD engine and is a desktop survey and design program for land surveyors and civil engineers. It is available at five feature levels: Basic, Standard, Premium, Ultimate, and Studio.

For more information and to download a free demo version of MicroSurvey CAD 2017, visit www.microsurvey.com/2017.

Start with IntelliCAD. Combine with FRAMECAD. Secure some cold formed steel and a construction site. What do you get? Watch the construction from start to finish on the FRAMECAD Blog. 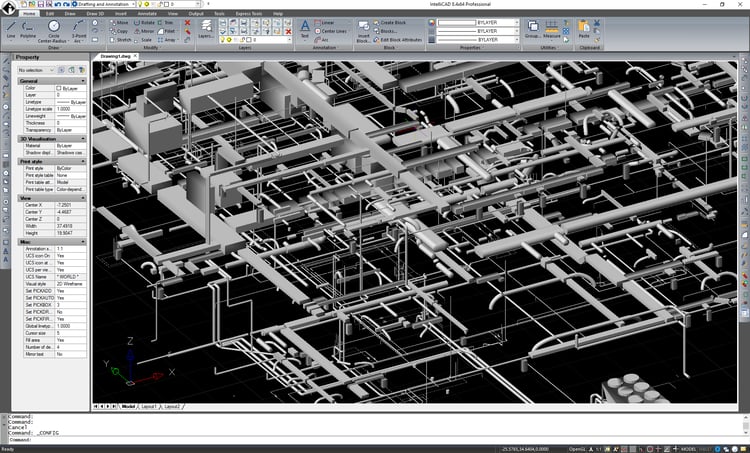 IntelliCAD 8.4 is a major release that includes many new features and improvements.

IntelliCAD 8.4 boosts performance during screen redraw and while snapping in files with underlays. Running IntelliCAD on 4K monitors and switching between monitors with high resolutions is now supported.

Another new feature is found in the updated Customize command which allows users to customize the user interface with less effort and share custom user interface settings easily between files and computers. You can drag-and-drop settings to customize menus; the ribbon, application button, and quick access toolbar (for IntelliCAD versions that support a ribbon); toolbars; keyboard shortcuts; and aliases.

For ITC members who are part of the BIM Special Interest Group, IntelliCAD 8.4 adds brand new support for IFC underlays. IFC (Industry Foundation Classes) format files include building and construction data, and once the .ifc underlay is attached, you can explode it, snap to it, and use a Categories pane to control visibility.

For versions of IntelliCAD that support markup for .dgn files in their native format (as part of the DGN Special Interest Group), several new features are available such as loading blocks from .cel files, Array command, Fillet command, and more.

David Lorenzo, ITC President, stated, “Although it’s been less than four months since our last release, we wanted to quickly respond to member requests for various productivity features and performance improvements. I am also excited to see our IFC underlays shipping in this release as it provides a compelling platform for ITC members to create solutions based on IFC model data.”

IntelliCAD 8.4 is supported on Microsoft® Windows® 10, Windows 8, Windows 7, and Windows Vista®, including 32-bit and 64-bit versions.

"Believe me," said Dan Fmura who is a draftsman at Gibson-Thomas, “the quicker we can switch over to Carlson, the better.”

For details and a video, see the Carlson website.

For details about how Carlson Software benefits from ITC membership, see here.