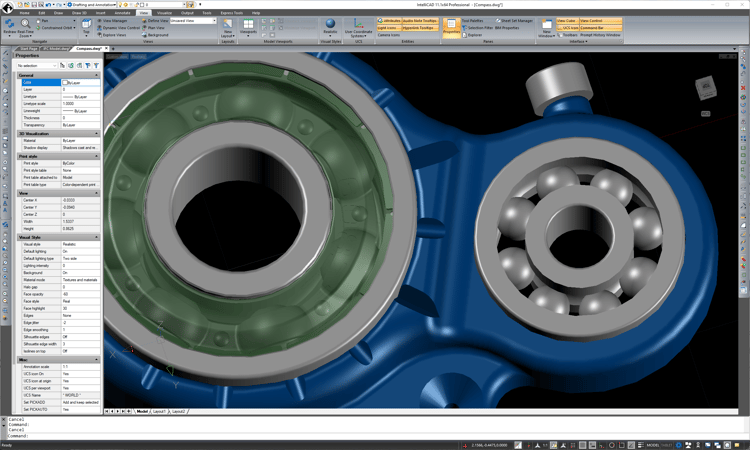 IntelliCAD 11.1 is a major release that includes performance improvements and new features.

More enhancements include an improved interface when printing and exporting to PDF, more ways to add sheets when publishing, a home view and rotate arrows for the view cube, blocks in table cells, table cell content management, and multileader styles, multiline styles, table styles, and visual styles as part of the Explorer.

For IntelliCAD versions that support working with BIM files, export to .ifc files and attach or import files from the command line.

For IntelliCAD versions that support editing and creation of .dgn files in their native format, use the Change and Measure commands, load linetypes from .lin files, and work with leaders through LISP and SDS.

IntelliCAD IcAPI is updated and pre-released to members. The API is highly compatible with AutoCAD® Object ARX and allows ITC members to build applications with a single code base that runs on both platforms.

“We’re excited to deliver our second major release in five months and before the year ends,” said David Lorenzo, ITC President. “Additionally, we’ve received feedback about our initial member pre-release of IcARX API earlier this year, and the first on-the-ground implementations are proving that IcARX is advancing to more easily port AutoCAD® ObjectARX applications to the IntelliCAD platform.”