Special Thanks to ITC Members for IntelliCAD World 2019 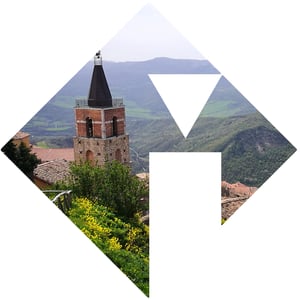 Many thanks go to ITC member ACCA Software who hosted this year's IntelliCAD World 2019. ITC employees, members, and CAD professionals gathered at ACCA headquarters in Bagnoli Irpino, Italy to exchange ideas, share strategies, and discuss future trends. From coordination and transportation to an exclusive tour of historical sites, it's clear that ACCA does everything with flawless care and enthusiasm.

ACCA specializes in BIM solutions that include architecture, engineering, and construction components and are especially designed for users who want freedom of collaboration and full data availability. Several of their products are based on IntelliCAD. For more details about ACCA Software, go to: https://www.accasoftware.com/en/.

Additional thanks go to each ITC member who presented their solutions based on IntelliCAD and ideas for the future:

The IntelliCAD Technology Consortium thanks all ITC members for their collaboration and for advancing CAD technology based on an open platform, for the additional benefit of generations to come.

IntelliCAD World Meeting 2005, to be held October 19 - 21, 2005 in historic Leiden, The Netherlands, is a multi-day conference for people interested in IntelliCAD, ITC members, and the IntelliCAD development team.

After last year IntelliCAD World Meeting, Darcy Detlor, President of MicroSurvey Software, Inc. (www.microsurvey.com) said, "The momentum and excitement level in this group was both surprising and refreshing. IntelliCAD definitely has the stability and features that we need to build our vertical application. Our decision to join the ITC was validated by the meeting, and we are anxious to get rolling."

To register for the IntelliCAD World Meeting, please go to www.intellicad.org.

About the IntelliCAD Technology

The IntelliCAD Technology Consortium is an independent organization of commercial software developers that has been established specifically for the development of the IntelliCAD technology. Commercial Members have access to the IntelliCAD source code, documentation, developer support, and more.